AJS originated in Wolverhampton around 1900, when the Stevens Brothers began making motorcycle  engines to be used in other manufacturers machines.

Albert John was the senior and his initials were used by the firm A J Stevens Ltd. formed in 1911. 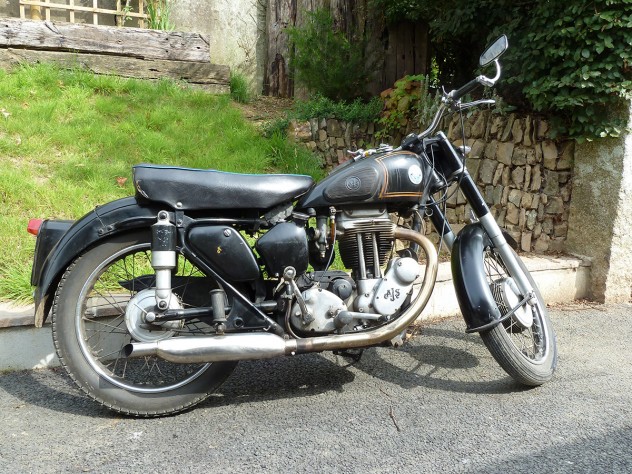 A side valve  292cc AJS machine with two speeds and belt drive competed in the Isle of Man Junior TT race in 1911.  By 1914 the engine size had been increased to 350, and this 70mph motorcycle won first, second, fourth and sixth places.  These successes brought AJS immediate fame, and with it came  public demand for their motorcycles.

In 1930 AJS had financial troubles due largely to their vast range of products, which included cars, commercial vehicles and radios as well as motorcycles.  The business seemed doomed to failure until the Collier Brothers of Matchless motorcycles recued AJS, and within weeks the AJS business was moved from Wolverhampton to the Arsenal in Woolwich, London, while the Stevens Brothers reverted to their original business as engine manufacturers in Wolverhampton. 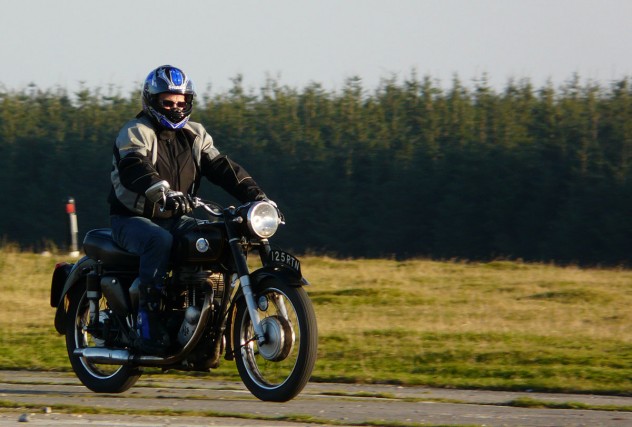 In 1936 the prototype of a supercharged V-four racer was produced.  This eventually became the famous AJS ‘porcupine’, so named because of the excessive engine finning. Race supercharging was banned in 1945, and with it this remarkable machine’s career ended.

The post war years saw AJS and Matchless become very similar apart from details such as the magneto position. For example the AJS 500cc Model 18S was virtually identical to the Matchless G80 apart from the fact that the Matchless magneto was behind the engine cylinder, while the AJS was in front.

In 1938 the Colliers Matchless and AJS titles were taken over by AMC (Associated Motor Cycles Ltd) who operated from Plumstead.  Improvements over the years came in the form of the ‘teledraulic’ front fork, and later came hairpin valve springs for the singles, light alloy cylinder heads, alternators in place of the dynamo and a new AMC gearbox.

A new ‘lightweight’ range of motorcycles was produced from 1958 onwards, beginning with a 250 single and later the 350 model 8.  Sales however continued to slide and in 1967 AMC became part of the newly formed Norton Villiers group.  The name AJS continued to be seen on a very limited number of two-stroke scramblers which continue to be raced successfully today. 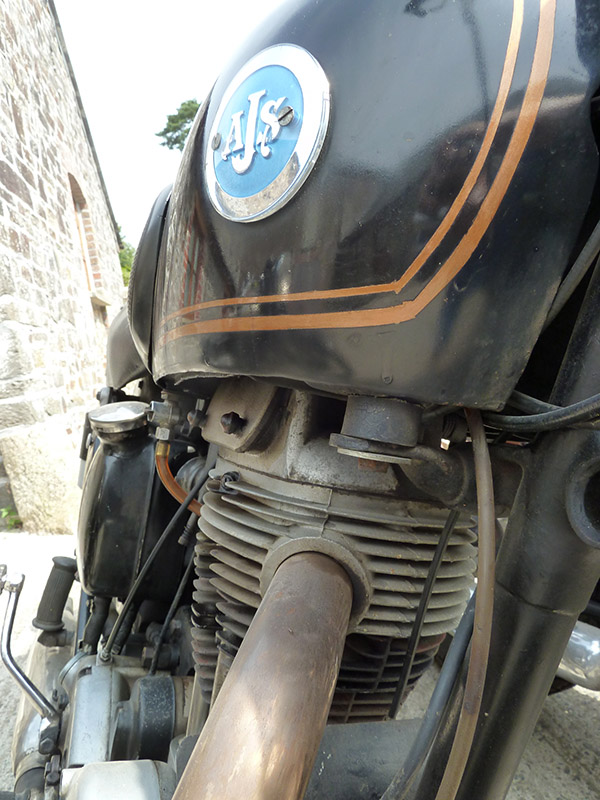